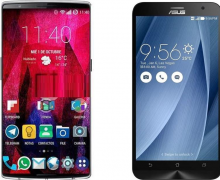 At this year’s CES, the Taiwanese smartphone maker ASUS attempted to reach the Zen state with the launch of the world’s first phone, the ZenFone 2, to boast 4GB of RAM. Ever since, the company has launched several variants of the ZenFone 2, and most of which are already up for grabs on the vendor’s … END_OF_DOCUMENT_TOKEN_TO_BE_REPLACED